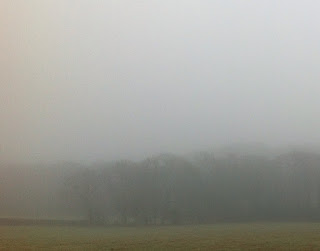 The post-mortem having started in June, more than enough has already been said about the awfulness of 2016; and more than enough has probably been said in contrast in recent weeks as we desperately attempt to salvage something from the year; but every time we focus on the good – Sadiq Khan’s London Mayoral victory, the British Olympic team – more bad events that had momentarily slipped our minds – the Nice truck attack, the Orlando nightclub shooting – come swimming back into view.

It is undeniable - 2016 has been a terrible year: it started with the loss of our brightest lodestar who, having shone once more, shockingly fell from earth a couple of days later; and the year comes to a close, after a series of seismic political events, with the feeling that human decency is firmly out of favour. Unquestionably, it has been a year that is difficult to make sense of and, although I have had plenty of time on my hands over the Christmas break to read, listen, walk and reflect, I am no closer to having any idea what 2016 meant and what 2017 will bring. So, I stopped thinking too hard when out walking the dogs this week and, instead, enjoyed the weather and landscape on my doorstep.

I started my walk under a clear blue sky, tramping across fields as hard as iron under early morning frost on the way down to Wartling Wood, skirting Herstmonceux Castle on the way back and resting at the top of the ridge above Herstmonceux Place. There is some history between the two buildings: the 15th century moated castle was ransacked by its owners, the Hare-Naylor family, in 1777 to provide the interiors for their new country house over the hill at Herstmonceux Place. The castle won through in the end, however: in the 20th century, it was restored to its former splendour and the Georgian house suffered the ignominy of being divided into flats.

By the time of the final leg of my walk, up through Comphurst Wood to home, I was tired but bathed in warm December sunshine. I took this route each day this week and it felt good for the soul. That was until today: this morning the woods and fields were wreathed in a dense fog and the air was palpably icy on my face. I completed my usual circuit but the sun did not break through, the landscape remained unilluminated, and I returned cold and unsatisfied from a disorientating and claustrophobic walk. It was hard not to feel that this was a more fitting end to 2016. Happy New Year.

Posted by Andrew Watson at 6:40 PM No comments: 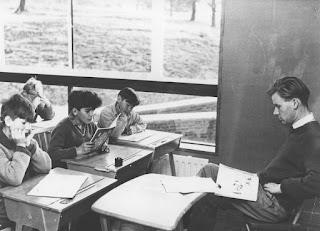 In the years after the Second World War, Pestalozzi Village was established in the East Sussex countryside at Seddlescombe, just north of Hastings. It was to be a haven and home for displaced and orphaned children from refugee camps around Europe. The children lived at the village in small groups of their own nationality, were educated in their native tongue but also taught English. Once they had an adequate grasp of the language, they attended local schools. The main criterion for a child’s selection was the absence of proper family care and some British children from deprived backgrounds were also given the opportunity to live at Pestalozzi.

The community was named after the 19th century Swiss educational reformer, Johann Heinrich Pestalozzi who believed that divisions in society could best be closed by educating the whole person – their head, hands and heart: academic and practical education took care of the head and hands, the warmth of the surrogate family that the community provided took care of the heart. A Pestalozzi Village had been established in Switzerland straight after the war, and the British version was founded soon after by Dr. Henry Alexander, a Jewish refugee who had settled in Britain in the 1930s. Having found asylum in this country from the trials of pre-war Nazi Germany, he was keen to provide sanctuary for those caught up in the aftermath.

The project had a high profile and captured the imagination of the public, who supported fundraising on a large scale. Pestalozzi was also feted in the media as a ground-breaking and worthy initiative. As the original European children reached adulthood and moved out into the wider community, the profile of the village began to alter. Although Pestalozzi took in refugee children from Tibet in the wake of the famine and Chinese oppression that had killed thousands of people in the early 1960s, the focus changed to educating children from the developing world and then returning them to their own countries to utilise their skills. And this is broadly how Pestalozzi continues to operate: providing tertiary education scholarships to visiting students from around the world.

I am not sure that anything like Pestalozzi could be founded now. I saw a cartoon recently called Post-Brexit Nativity: it depicted the innkeeper on stage telling a bewildered Mary and Joseph that there was no room for them. The watching audience were in agreement: “Hear, hear!” they cried, “You tell them!” they shouted, “We’re full!” Sadly, in today’s climate, it looked all too true. We are now a long way from the post-war spirit of compassion and goodwill. It appears that many of us are not prepared to accept people - and we have to remember that they are people - of different nationalities and beliefs who are seeking refuge in our country. Nowadays, it seems, we turn our backs on the troubled quarters of humanity rather than welcome them in. Merry Christmas.

Posted by Andrew Watson at 5:22 PM No comments:

Down By The Ocean 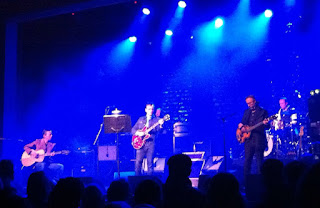 Sheffield’s Richard Hawley last played at the De La Warr Pavilion in 2009 when he had just released Truelove’s Gutter, possibly his most understated and subtle album. Playing to a thousand-strong rapt and adoring audience, a couple of songs in he asked us with genuine surprise, “How the fuck did we get to be so big in Bexhill?” Perhaps what Hawley had not realised that night was that it was not just Bexhill. Truelove’s Gutter went on to be named Mojo magazine’s album of the year and ever since he has stood alone as Britain’s chief purveyor of aching and melancholic alt country ballads.

Back in Bexhill last night, Hawley reminded us that he can rock out, too. 2012’s Standing At The Sky’s Edge was a step change towards a heavier – both lyrically and musically – sound and, beginning with the title track, he treated us to a handful of songs from that album, such as Don’t Stare At The Sun and Leave Your Body Behind You with their blissed-out psychedelic guitar outros. But it is on more delicate songs from elsewhere in his extensive catalogue that his tender and rich baritone really shines through.

Listening to last year’s Hollow Meadows in the past few days, it struck me what a fantastic album this is. So many of the songs already sound like copper-bottomed Hawley classics and his set last night contained a generous sprinkling of their magic. Starting with the beautiful I Still Want You and then Nothing Like A Friend, with its nostalgic refrain of ‘will these city streets remember us, we walked them long ago’ and its painful and profound observation that ‘in the end, the things that hold you in, are gossamer thin’, Hawley moved through a succession of heart-breaking songs. None more so than Tuesday PM, which he introduced as the quietest and most miserable song he’d ever written. He asked the audience to talk during it to detract from its misery but, of course, you could have heard a pin drop. But this did not mean that the mood was sombre: master of the expletive-laden quip, the very good comedian in him could not resist wrong footing us with a joke before What Love Means, an emotional and heartfelt response – ‘heart of mine made less, I’ll never forget the day you left’ - to his daughter leaving home. But perhaps the stand-out song on Hollow Meadows is more up-beat: Heart of Oak is a paean to folk singer Norma Waterson and a celebration of Hawley’s influences - it is not often you hear Wilfred Owen and William Bake referenced in modern music.

As the evening wrapped up, Hawley went back to the 2005 album that first drew praise and attention, when it narrowly missed out on the Mercury Music Prize, Coles Corner: the unmistakeable and poetically evocative title track - ‘hold back the night from us, cherish the light from us, don’t let the shadows hold back the dawn’ – and the stellar The Ocean, with its rousing and expansive soundscape and its refrain of ‘lead me down by the ocean', fitting for the seafront venue, crowned a superb night with the warm and witty Richard Hawley.

Posted by Andrew Watson at 4:55 PM No comments: